Put Happily Ever After by Kelly Oram on your Goodreads shelf: English edition & German edition

Brian and Ella finally are a couple and struggle to settle in the middle of a PR storm. Ella has to find out what she wants to do after school while Brian tries to break out of his teenage movie career. When an explicit interview hits public TV, Brian and Ella have to decide how to handle their future.

The sequel was nice and light to read, but I missed a serious plotline. When one decides to write a second book, since the first one was a success, there needs to be an obvious reason why it makes sense to write another one. I didn’t quite grasp that. Yes, it was nice to read about Brian and Ella after they have revealed their relationship in public, but Book 2 made me feel like I’m swimming in nothingness. Book 1 for me had the plotline that Ella has to find her way back into normality and has to figure out how to navigate her life with her new family while deciding whether to approach a serious relationship with Brian/Cinder. That I could work with because I saw a goal and a motivation behind Ella, and Brian as well.

Happily Ever After made me feel “lost in space”, floating around to find a motive why this book existed. Creating problems that aren’t necessary, as another big fight between Ella and her dad, or another scandal that shows how unprepared Ella is for stardom, was interesting while reading it, but all in all not that important for that bigger picture. Maybe writing within a bigger time span where we could see Ella’s and Brian’s relationship unfold over time would have made more sense than focusing on a few weeks, only to make a time jump of three months in the Epilogue to surprise readers.

Which, by the way, made the book feel more rushed. The whole plot took place within weeks, only to make the ending feel rushed and not really closed off in a way that made me say “yes, makes sense to end it here”. Then, Kelly Oram packs a big revelation into the epilogue and expects me not to want a third book that unravels that? Either close the book properly or write another book to close that epilogue off, but do not leave the readers hanging like this.

With Happily Ever After, I did not read the book in one sitting. I still not know how I did it with the first one, but this time I couldn’t, and I still felt like Ella was very whiney. The beginning started promising, finally being happy and all, but wow, that went by fast. Again, yes, there are proper reasons why she cries a lot and why this whole book is one emotional mess, but at some time it simply gets too much. I wish for some kind of relief while reading a depressing book like this, just to breathe for a second.

Like that part at the movie theatre, where they had to leave and go by a bunch of fans and really weird people? That part disgusted me to no way and decided to stick in my head for probably a very long time. I was shocked and felt so bad for not only the book characters but probably every famous person in real life.

While Ella was whiney and crying a lot of the time, Brian was just…there? Yes to a supportive boyfriend, but he basically had no other plot line than being the supportive boyfriend and cheerleader to Ella’s life. Good for her, but for a book that is called Cinder & Ella, it is weak to just focus on one half of the characters that the book is titled after. I seriously can’t remember anything monumental that he has done besides all the supportiveness I have mentioned.

I give 4 out of 5 stars to Happily Ever After by Kelly Oram. While reading it, I once enjoyed the world of these two immensily, yet in the aftermath, I’m not too much of a fan of the sequel. Still, I stay with my rating since well, reading it was a journey. I recommend it to everyone who needs a light yet dramatic read. And with light, I mean the writing style, not the topic of the book. 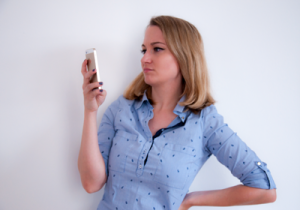